Choosing the right SSDs for your dedicated servers

SSDs have been generally available for mainstream enterprise and consumer use since about 2008. As the average price per GB of SSD rapidly declines and the performance, reliability, and endurance continues to increase; many enterprises are turning to SSD storage as a way of delivering the data their applications need to achieve outstanding performance. 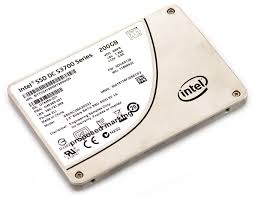 The table below illustrates some of the differences between current storage technologies:

As you can see from the table above the sequential read performance of SSD is more than double the performance of the fastest mechanical storage available today. There is still a steep price per GB penalty for using SSD vs. traditional hard drives but since this article is intended to help you choose an SSD lets look at the differences between the Intel SSD 520 and the Intel SSD S3700 in more detail.

If all we look at is the price and raw performance of these two drives, the SSD 520 would be a great choice for 90% of workloads. However, the primary reasons that the S3700 is more expensive is because it delivers consistent performance over the lifetime of the drive, increases reliability by adding an additional array of flash, and it is rated for endurance.

The reasons vary from firmware issues to controller design but all SSD drives suffer from some degree of performance inconsistency. This means that some number of requests made to the drive are going to perform outside of the on-paper averages listed for the drive. Intel has designed the S3700 so that it favors consistent performance over sharp peaks and valleys. Intel went as far as creating a standard for performance consistency.

Since all flash memory has limits to the number of times it can be programmed and erased the storage industry has chosen the term endurance to describe this limitation in SSD drives as a whole. Intel has built the S3700 series of drives to withstand 10 complete disk writes/day over a 5 year period. This means that you could fill and erase an entire 100GB S3700 drive 18,250 times (or the equivalent of 1.825PB of writes)

Both the Intel SSD 520 series and the Intel SSD S3700 series are built using MLC flash but while the 520 is targeted more to consumers the S3700 is targeted to the datacenter. The S3700 increases reliability by including a spare array of flash which can be used in the event of a flash failure.

Adding an SSD to a dedicated server is one of the easiest ways to achieve a performance boost for IO restricted systems. There are several ways to use SSDs in servers. The most obvious is install the SSD into the server and use it as primary storage. Another way that you can leverage SSD is by using it as a cache tier. In SSD caching "hot" or frequently accessed data is dynamically copied to the SSD. Then subsequent access of that data will take advantage of the increased performance of the SSD without the added cost of replacing all of your storage with SSD.

In Linux you can create a software SSD cache using flashcache which was developed by Facebook and released via GPLv2. You can also create SSD caches in hardware on high-end RAID controllers.

XLHost has been installing the Intel 520 series SSD drives in dedicated servers since they were launched and we have not had reported performance or reliability issues with them. That being said we believe the additional confidence that is provided by the feature set of the S3700 series should be considered for applications with critical performance and reliability requirements.

XLHost is now offering the S3700 100GB and 200GB models in stock and all capacities are available for custom order. As always contact us if you have any questions!